No products in the cart.

Famed as a precious gift from the wise men, myrrh has been valued since ancient times for its plethora of medicinal properties.

It’s definitely one gift that keeps on giving.

Incredibly popular among ancient cultures, myrrh was once considered just as valuable as gold. With oil that’s extracted from the dried resin of the Commiphora myrrha tree, myrrh has a grounding fragrance that combines notes of herb, earth and balsam. Traditionally used to enhance emotional and spiritual wellbeing, as well as for its healing benefits, myrrh oil is thought to enhance the health of the brain’s limbic center—which plays a role in controlling emotions. It’s an astringent, antiseptic and anti-inflammatory used to speed healing and soothe skin. Myrrh also helps stimulate cell regeneration for improved smoothness and vitality. 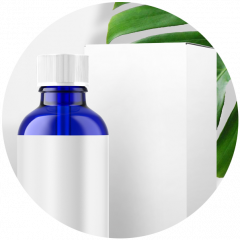 The Truth About Ingredients Say goodbye to synthetics. Because the truth is, when it comes to having amazing skin, everything we need is found in nature. In exploring which ingredients MPENZY truly adores, it’s essential to discover which ones we vehemently avoid. Because some things simply shouldn’t be in skincare. LEARN WHAT TO AVOID